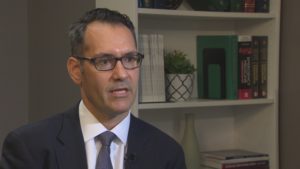 Young people between 16 and 24 years old have more challenges than other age groups in getting mental health and addiction services in Canada, a new study comparing mental health care across five provinces has found.

“Wherever we looked, they were the group that had the poorest access to care,” said Dr. Paul Kurdyak, senior scientist at the Institute for Clinical Evaluative Sciences (ICES) and co-author of the report.

“This is a real problem because this is the age at which mental illnesses have their first onset. So you want really rapid access,” said Kurdyak, who is also a psychiatrist at the Centre for Addiction and Mental Health (CAMH) in Toronto.

For example, the study — called Toward Quality Mental Health Services in Canada — found that children and youth aged 10-19 made up the highest percentage of people who had their first medical contact for their mental health disorder or addiction in an emergency department.

Although the study says that’s “partly expected since youth have the highest rates of incidence of mental illness, and a shorter time period for symptom detection,” it also suggests “there is most certainly room for improvement in early identification (including by parents/guardians, in schools and in primary care).”

British Columbia, Alberta, Manitoba, Ontario and Quebec agreed to share health data with researchers, including hospital discharge and physician billing records, to try to help paint a picture of the state of mental health and addiction services.