News - A portrait of faculty mental health in the U.S.

A portrait of faculty mental health in the U.S. 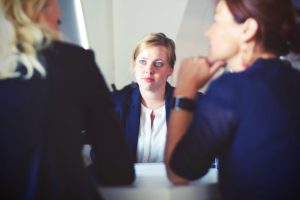 “Disclosure of Mental Disability by College and University Faculty: The Negotiation of Accommodations, Supports and Barriers” says it’s the first-ever cross-institutional survey of its kind and seeks to fill a major gap in the research on faculty members with mental disabilities. Desk rejected by several different journals as too out of the box before being accepted by Disability Studies Quarterly, the study sheds light on how far faculty members have come in terms of seeking out support for mental disabilities, and how far institutions still need to go in terms of promoting and offering related accommodations.

Margaret Price, associate professor of English and disability studies at Ohio State University, and her co-authors recruited some 267 participants who self-identified as having mental disabilities, mental illnesses or mental health histories. The researchers posted on Listservs across disciplines and reached out to human resources and disabilities offices on a number of campuses, along with professional organizations.

One major finding is that 70 percent of respondents had no or limited familiarity with accommodations they can seek in working conditions, and 87 percent didn’t use them at all.

Given the stigma that still attends mental illness in many corners of academe, a surprisingly large share of respondents — 62 percent — did say they’d disclosed their condition to someone on campus. Half of those disclosed to colleagues, and 21 percent said they’ve informed their department chairs.

Some 20 percent had even shared their diagnoses or experiences with students. Just 6 percent disclosed to a dean or provost, while an even smaller share (4 percent) disclosed to an office of disability services.

In most cases, respondents said their disclosure experiences were helpful. “For all groups to whom faculty members reported disclosing, the trend was toward more positive effects of disclosure,” reads the study — with the exception of those who reported to human resources, although these were few, possibly in anticipation of negative experiences. Those who disclosed to students strongly skewed positive.