News - A tribute to Lorne Fraser—visionary and difference maker

A tribute to Lorne Fraser—visionary and difference maker 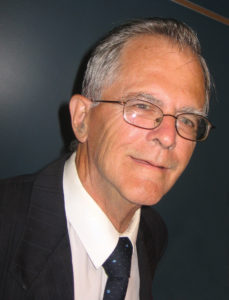 Lorne Fraser, visionary behind the Lorne Fraser Educational Fund and friend to CMHA for 35 years, passed away on October 28, 2017. He was 80 years old. He was surrounded by extensive family; we hope their memories of his caring, philanthropic spirit bring some solace. Lorne was a champion for people living with mental illness and the Fund that he initiated in the early 1980s that still bears his name has provided close to 200 British Columbians with mental illness a bursary or scholarship to return to their education.

I met Lorne in 1992 shortly after I first came to work for CMHA BC. Lorne wanted CMHA in BC to do more to help young people with a mental illness to complete their education. Lorne had fabulous periods of health dotted with periods of illness and, at times, disability. He worked hard at building a whole life. He had friends, family and followers who watched with amazement as he recruited so many to join his vision to grow the Lorne Fraser Educational Fund. He loved country music and even made a recording to sell with the profits going to the Fund. Also for many years, just prior to Thanksgiving, he and his friends would sponsor the Great Turkey Rally in Surrey, raising thousands of dollars annually for the Fund.

My last memory of Lorne is only a month ago at our 2017 Annual General Meeting, where we present the bursaries and scholarships. He never missed one meeting. He was healthy, very happy, and deeply touched as each person walked up to receive their award. I remember he laughed when he saw a much younger photo of himself on the screen; his energy was so infectious that we all laughed with him.

I want you to imagine this for yourself: imagine being at the beginning of your professional career as an accountant, owning a home and having a young family, and then being faced with an emergency hospitalization due to mental illness. Now imagine, shortly after leaving hospital, to be asked by your employer to not return to work because you can no longer be trusted to be good at your job. This was Lorne’s journey. Maybe you can also imagine the many additional losses that cascaded through his life from that one hospitalization. Lorne lived with all the harms associated with stigma and discrimination. These very aspects of the illness force many to hide their journey in shame—but not Lorne.

Lorne decided early on to talk about his journey and he made his cause the education and recovery of young adults. Lorne, often living on very limited means, took his hard-earned dollars and made the first contribution to the Fund. The Fund has grown from that first $100 to over $225,000. The interest from the Fund is what will fund annual bursaries in perpetuity. The Fund allows us, in Lorne’s name, to give out around $8,000 in scholarships and bursaries each year. His legacy will live on for years to come and, because of him, many British Columbians will be given a financial gift towards their education. Many will also receive the gift of hope and encouragement that comes from others believing in your success—in spite of the stigma, shame, and discrimination. It is one of the few bursaries where a history of and recovery from mental illness is not only a requirement, but an asset. Some of the award winners will change the world because Lorne believed in them. We are proud to continue the legacy he so courageously started.

I will miss Lorne and no CMHA Annual Meeting will ever be the same.

Lorne’s family is extending an open invitation to everyone who was touched by Lorne’s generous spirit to join them on a service to celebrate Lorne’s life. Anyone who would like to say a few words about Lorne is welcome to do so.

The family suggest that in lieu of flowers, donations may be made to the Lorne Fraser Educational Fund to best honour Lorne’s memory.