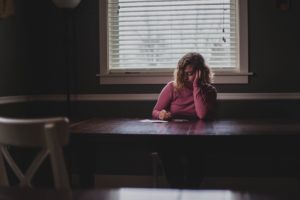 The hardest questions paediatricians must routinely ask teenagers at checkups are those about depression and suicide. But they aren’t optional; we have to ask them, every time.

From 2005-14, the prevalence of depression – that is, the chance of having a major depressive episode over the course of a year – increased significantly among 12- to 17-year-olds in the United States. These data come from an annual survey, the National Survey on Drug Use and Health, in which the same structured questions are asked every year.

The trend toward more depression was steeper in girls than it was in boys. Furthermore, when 18- to 25-year-olds were surveyed, there was again a significant increase in the prevalence of depression, but only among those 18 to 20. So it appears to be increasing in the population from 12 to 20.

Why was the prevalence of depression increasing, and why was it more intense among girls? Were adolescents suffering more from depression, or was it possible they were just more willing to talk about it?