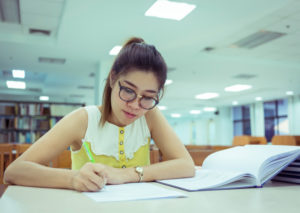 University isn’t meant to be easy, but it isn’t supposed to be this hard: since November 2016, the University of Guelph has lost four students to suicide.

After the fourth death, in mid-January, the school sent out another statement reminding staff and students about the counselling services available to them. For recent grad Connie Ly, it wasn’t enough.

“I really just questioned how useful the services were, given that they were so overwhelmed already,” she says. Ly launched a petition on Change.org, since signed by 2,500 people, demanding to know how the university is spending government money allocated for mental health services, how those services have changed over the past five years, and specifically how it has improved the student-to-counsellor ratio.

“The point wasn’t to point fingers at the school, but I felt nothing would happen if there wasn’t push from students,” Ly says.

As the taboo around talking about mental health crumbles, students are demanding more resources on campus, and many post-secondary education institutions are struggling to keep up. When Maclean’s surveyed more than 17,000 students at almost every campus across the country last year, 14 per cent said they were in poor mental health, 10 per cent rated their school’s mental health services as either poor or horrible, and 31 per cent said their mental health was affecting their ability to succeed.

Meanwhile, when asked what kept them up at night, several members of the Maclean’s presidents advisory board said at a June 2016 meeting that the demand for mental health services was weighing on their minds…