News - BC 2018 Budget allocates hundreds of millions for student housing

BC 2018 Budget allocates hundreds of millions for student housing 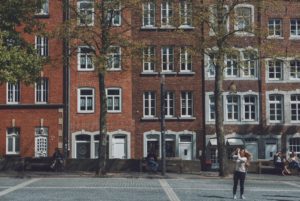 Carole James, the deputy premier and finance minister, said in her budget speech that the problem of housing affordability had been ignored for too long and the consequences were now being felt throughout the province.

Included in the budget was about $565 million for new units of student housing and homes for those facing homelessness and for women and children fleeing domestic abuse.

The spending on housing for women and children was touted by the government as the first significant investment of its kind in the last two decades.

The student beds would be delivered through a new program that would allow post-secondary institutions to borrow from the province to help finance on-campus housing, according to the NDP’s 30-point plan.

The idea is to help students find housing close to schools and to free up rental units in surrounding communities, James said.

Caitlin McCutchen, the head of the Alliance of B.C. Students, said her group was very pleased with the announcement, calling it “a great innovative way to create more housing for students while also freeing up market rental spaces for those who need them.”

McCutchen said her group had long called for such a measure.

Housing budget by the numbers:

The $1.6 billion for housing includes: