Can Canada bring more indigenous people and knowledge into universities? 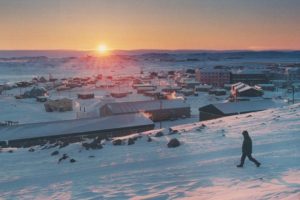 Walking across the Arctic tundra in Iqaluit, on Canada’s Baffin Island, it is not hard to appreciate

Nunavut Arctic College is the territory’s only post-secondary institution, but it has five campuses, one of which is in Iqaluit. It also has 25 community learning centres: one for each of the indigenous communities in the region. It offers just three degree-level programmes, all of which were developed in partnerships with universities further south: “Arctic nursing”, teacher education and – the most recent addition – law.

Last year, the Canadian and Nunavut governments announced a C$30 million joint investment in programmes such as Inuktitut interpretation and translation, and there are hopes that the college will gain university status within five years.

Aboriginal people are the fastest-growing demographic in Canada. More than 1.6 million people – or 4.9 per cent of the country’s total population – self-identify as indigenous, according to the 2016 National Household Survey, representing a 42.5 per cent increase since 2006. And, according to John MacDonald, Nunavut’s assistant deputy minister of education, interest in them is increasing nationwide.

“We have been inundated with requests from schools [further south] for exchange trips with our students,” he says.

One reason relates to the publication of the Truth and Reconciliation Commission of Canada’s final report in 2015. Established in 2008, the commission was one of the means by which the government sought to atone for the Indian residential schools system, which operated from the 1870s until 1996 and enrolled 150,000 aboriginal children. After the system’s closure, thousands of former students alleged that they had been subjected to physical, psychological and sexual abuse. The commission concluded that the system was established for the purpose of separating children from their families in order to minimise the families’ ability to pass on their cultural heritage.