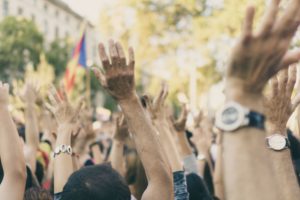 The largest organization for post-secondary students in Canada is not quite ready to get behind a Liberal threat to consider withdrawing federal funding from universities and colleges that are not serious enough about dealing with on-campus sexual assault.

The 2018 federal budget tabled this week included $5.5 million over five years to develop a national framework aimed at addressing gender-based violence at universities and colleges across the country, which student groups have welcomed as a show of strong federal leadership.

But the Liberals are dangling that carrot alongside a vaguely defined stick.

The budget said that beginning in 2019, the federal government will consider holding back funding from those institutions that are not putting “best practices addressing sexual assaults on campus” into place.

The Canadian Federation of Students, which has been pushing for legislation requiring every university and college across the country to have a stand-alone policy on sexual violence, wants to see more details about the promise.

“This was actually a point in the budget that was slightly concerning to us,” said Charlotte Kiddell, national deputy chairperson of the association.

The budget did not include any more details about what the Liberal government would consider to be best practices, which could mean different things to different people, she noted — especially when it comes to applying them to campuses across the country.

“We don’t want to see federal funding tied to a kind of poorly defined standard that may not actually be the best measure for strong sexual assault policies according to students,” said Kiddell, who wants to see sexual assault survivors involved in designing the standards.