News - ‘Coddling’ not the culprit of mental illnesses

‘Coddling’ not the culprit of mental illnesses 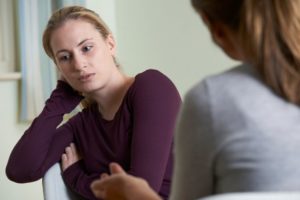 Oh, how we “coddle” our young. Isn’t that the fashionable lament out there?

We coddle them so much that by the time they are midway through high school or enrolled in university, many of them are lined up in hallways desperate for mental health guidance and help.

Which is to say, in my view, we don’t coddle them at all, however “entitled” they may feel, and whatever ways we try to help them through.

One survey taken last year of 25,000 Ontario students found that 65 per cent of them reported experiencing “overwhelming anxiety” in their lives. That same survey, conducted by the Ontario University and College Health Association (OUCHA), said 46 per cent of the kids surveyed reported feeling so depressed they had trouble functioning.

In some quarters, scorn is heaped upon these “fragile flowers” by columnists and commentators who swear that when they were in university, whether it was exam stress, or relationship blues, well, they just “sucked it up.” And continued on their successful way.

Really. That’s not how I remember it. To this day, I can’t quite figure out what happened to me when I went away to university, but it wasn’t pretty.