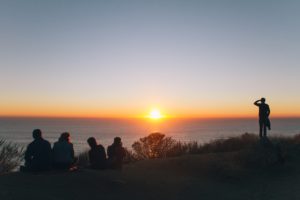 Mental health problems among college students have been climbing since the 1990s, according to the American Psychological Association.

And with services increasingly stretched at campus health centers, students have been taking action themselves through peer-run mental-health clubs and organizations.

“The peer relationship really makes a big difference,” said Lisa Adams, president of the American College Counseling Association. “The group atmosphere of learning while doing things together — it really meets them where they are because they care about their peers.”

The approach appears to be paying off, a new study finds.

In what they describe as the largest study of its kind, researchers found that across 12 California colleges, such student-run efforts were associated with increased awareness of mental-health issues, reduced stigma and a rise in “helping behaviours.”

“Student-organized activities can improve college student mental-health attitudes and play an important role in improving the campus climate with respect to mental health,” said Bradley Stein, a senior physician policy researcher at the Rand Corp. and one of the paper’s lead authors.

“Student peer organizations can play an important role in changing the campus culture with respect to mental health and in supporting students getting to the mental health services they need,” the study concludes.