News - Crisis on campus: Universities struggle with students in distress

Crisis on campus: Universities struggle with students in distress 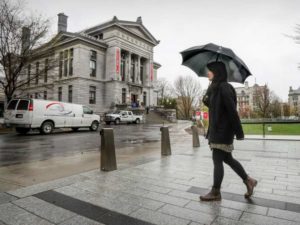 Universities across the country are facing a mental health crisis on campus, sparking an explosion in demands for services from students who feel hopeless, depressed and suicidal.

One Monday morning in March, a lonely and homesick 19-year-old undergrad took his own life in residence at the University of Waterloo, Ont.

“I can’t believe this is real,” his 16-year-old brother wrote the next day in an agitated social media post filled with grievances against the school.

“My brother is gone and I’ll never be able to tell him I love him ever again.”

As the post grimly noted, his brother was the second “brilliant mind” at Waterloo to have “died like this” during the semester.

That same month, the University of Ottawa also mourned a student who took his own life.

At the University of Guelph, four students are known to have died by suicide since the academic year began last fall.

At McGill, the number of students seeking mental health or counselling services on campus jumped 57 per cent in the last three years.

With requests for help far outstripping campus resources, beleaguered universities are struggling with the same kind of challenges seen in the public health-care system at large.

While statistics help expose the scope of the problem, a definitive answer to the bigger, more important question remains elusive: Why is this happening?