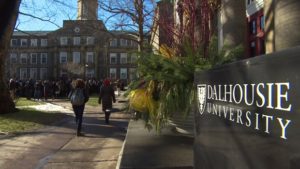 The Dalhousie Student Union will open a support centre for survivors of sexual violence in September and plans to re-launch a helpline service that was suspended last fall because of a lack of funding.

The student-run centre will operate the confidential, 24/7 phone line and plans to lobby the government and the university’s administration for more education on consent and issues such as incident reporting.

“We’re looking at advocacy, education and support. The main purpose of the centre is to combat rape culture on campus and to create a culture shift,” said Amina Abawajy, president of the Halifax university’s student union.

The sexual assault and harassment phone line initially started as a six-week pilot project in September 2015.

Nine months ago, the student union shut the helpline down after operating at a reduced capacity for three months, saying the university refused to fully fund it.

Dalhousie contributed $22,500 in the first semester but at the time, the student union said it would cost at least twice that to operate all year.

Abawajy said a student levy passed earlier this year will cover all the costs of the centre and the helpline. Each student will contribute $2.50 — the equivalent of a cup of coffee, she said.

The helpline will be confidential and available around-the-clock thanks to student volunteers.

“We would really want to be a place for folks to find support in the ways they need, to find information, to provide referrals and other services provided on campus or in the community,” Abawajy said.