News - Demand for post-secondary mental health services is exploding: how campuses and business a...

Demand for post-secondary mental health services is exploding: how campuses and business are reacting 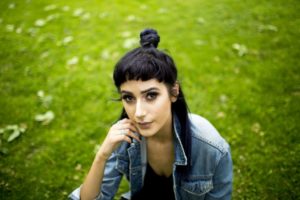 Data collected from across the country shows the extent of the problems. “There is a perception that this age group is healthy, but they’re not.”

At age 18, Kimberly could no longer come up with a reason to live.

The Toronto university student locked the door to her parents’ garage, stepped onto a stool in the middle of the room and looped an electrical cord around her neck.

“It’s something I couldn’t explain,” recalls Kimberly, who asked that her last name not be published. “I didn’t understand what was going on in my head . . . You want to give up.”

Within seconds, she heard a faint scratching on the garage door. It was her cat.

“He knew something was wrong,” she says. “I took the cord that I wrapped around my neck off and I went inside.”

Two years later, the now third-year student at Ryerson University has been diagnosed with anxiety disorder and depression.

She’s part of what some experts are calling an emerging phenomenon.

Unprecedented demand for mental health services among young people today is raising alarm among medical experts and transforming the financial plans of universities, businesses and governments, a Toronto Star/Ryerson School of Journalism investigation has found.