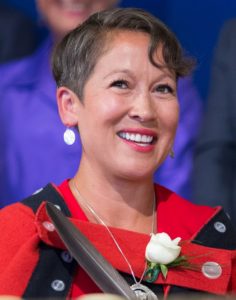 The number of former foster kids getting a free education at B.C. colleges and universities jumped 20 per cent after the NDP government waived tuition fees last fall, statistics show.

A total of 229 ex-foster kids received tuition waivers from September to December compared with 189 for the entire 2016-17 school year, the government said.

The province has spent $443,000 on the program to date to cover tuition and mandatory fees at 17 post-secondary schools.

“When we created the policy, they said: ‘What’s going to be the measure of success? What’s success going to look like?’ And I said: ‘One. If one more student goes to post-secondary, that’s a victory.’

Mark said the government is looking at ways to boost “wrap-around” supports for the students, who are enrolled in a range of programs from nursing and pre-medical studies to trades, business and graphics design.

“We’ll certainly be enhancing where needed, but we’re still listening,” she said. “It’s still a new policy and it’s too premature, I believe, to make any rash changes.”