News - How many Ontario post-secondary students die by suicide each year?

How many Ontario post-secondary students die by suicide each year? 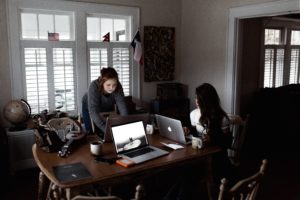 Students at the University of Waterloo know Chase Graham took his own life.

They may never have met him. They may not know he was a brilliant student or that he had a sharp sense of humour under a shy, quiet exterior.

But they know he died by suicide at school on March 20.

“We hear about the ones like Chase, who die on campus,” Graham’s mother, Andrea Graham, said.

“But he very well could have waited a month and done it when he was in his apartment in Toronto while on his co-op placement and then people wouldn’t have associated it with a student death.”

The attention Chase Graham’s death received is rare, though his story is not. Countless successful, promising young students struggle to adapt to the major change of starting post-secondary school.

But nobody — not the Chief Coroner, nor the Ontario government nor university officials — can say how many university and college student die by suicide each year.

The Office of the Chief Coroner should be responsible for tracking student suicides, Andrea Graham said.

“We need to start doing some things to stop these (suicides) happening, and part of it is having an accurate view of what’s actually going on.”

Public health authorities in Canada and around the world have called for comprehensive tracking of suicide deaths, arguing that better, more available statistics make it easier for professionals to prevent suicides.