News - How some campuses respond to, and are thinking about preventing, student suicides

How some campuses respond to, and are thinking about preventing, student suicides 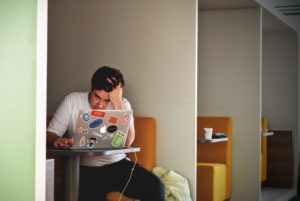 It can sometimes feel like the final days of a semester can’t come soon enough. Compounding that feeling, because of where the Easter long weekend fell on the calendar this past academic year, the final exam period at the University of Guelph ended on a Monday instead of the Friday before. Across the undergraduate residences, advisers made extra efforts to check in with students to see how they were doing.

“We are following up and making sure that they know we’re still here to support them as they finish up the year,” said Patrick Kelly, the associate director of residence life at the U of Guelph, speaking this past spring. The 2016-17 school year had featured extraordinary loss, spurring community members to stay vigilant. Four U of Guelph students took their own lives; two of the suicides occurred in student residences.

The tragedies began when a first-year arts student was found dead in her dorm room in Prairie Hall, part of the university’s South Residence, on November 1. U of Guelph president Franco Vaccarino issued a news release the same day. “As a community, there is no greater struggle than losing one of our own, and we will ensure that students affected by this tragedy receive support and assistance,” he said. The news release also pointed students and employees to the university’s student counselling services, its student support network, the faculty and staff employee assistance program, its multi-faith resource team, as well as the province’s Good2Talk helpline for postsecondary students.

Later that semester, on December 10, during the final exam period, a first-year commerce student died by suicide in Lennox-Addington Hall. “We’re reminded once again how fragile life is,” Dr. Vaccarino said in a news release. “We must reach out and come together as a community to support the family and friends of this student and one another in this time of sorrow.”