News - ‘It’s OK not to be OK’: Michael Phelps opens up about anxiety in new documentary

‘It’s OK not to be OK’: Michael Phelps opens up about anxiety in new documentary 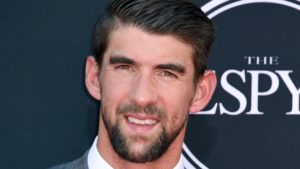 A new documentary about anxiety argues that everyone to some extent suffers from stress, nerves and social fear. And, to make their point, the filmmakers have enlisted as Exhibit A the most decorated Olympian in history.

Michael Phelps appears in “Angst” to share his story of being bullied and depressed, leading to severe anxiety. The swimmer, winner of 28 Olympic medals, would look in the mirror and not like what he saw.

“Once I opened up about that and things that I had kept inside of me for so many years, I then found that life was a lot easier. I got to the point where I understood that it’s OK to not be OK,” he says in the film.

“Angst,” an IndieFlix film designed to be screened at schools and community centres, features candid interviews with children and young adults discussing their anxiety, along with advice from mental health experts and resources and tools. Phelps is like a muscular explanation mark for what the filmmakers wanted to show — that even world champions can feel low.