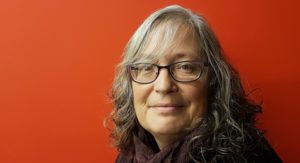 A harm-reduction approach that gives measured doses of wine to people with severe alcohol dependency is coming out from under the radar in a new publication featuring University of Victoria researchers.

The upcoming issue of the Drug and Alcohol Review will feature a collection of peer-reviewed articles including several based on the first Canada-wide study of managed alcohol programs involving nearly 400  participants.

Bernie Pauly and Tim Stockwell, scientists with UVic’s Canadian Institute for Substance Use Research and co-editors of the special issue, said they hope the publication will stimulate debate and focus future research on the “under-serviced” population with severe alcohol dependency.

“We were invited by Drug and Alcohol Review to do the special issue because prior to our national study there wasn’t a lot of research that had been done on managed alcohol programs,” Pauly said.

“To our knowledge, prior to the national study there was only one published article.”

Measured alcohol programs, known as MAPs, provide tailored doses of alcohol on a regular schedule through the day to individuals with severe alcohol addiction. Most programs also provide housing.