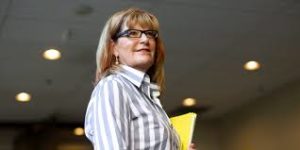 The commission, which bills its findings as a tool to help provincial and territorial decision-makers, says more than 7.5 million Canadians face mental health issues, with a price tag of $50 billion a year — nearly $1,400 a person.

The report comes as a number of provinces, most notably Ontario and Quebec, continue to resist signing health transfer funding agreements with the Liberal government ahead of this year’s federal budget, expected later this month.

Last week, federal Health Minister Jane Philpott said she expects to see mounting pressure for agreements from Canadians at the provincial level, suggesting parents are struggling to get care for their kids — if they’re able to get care at all.

A letter to Philpott and her provincial and territorial counterparts from commission chair Michael Wilson — a former Conservative finance minister and trade minister — and chief executive Louise Bradley gives credence to Philpott’s arguments.

“Prioritizing the mental ‘wealth’ of people in Canada will help us tackle the growing $50-billion economic cost of mental health problems and illnesses,” the letter says.

Many mental health problems and illnesses begin in childhood and require relatively inexpensive interventions that pay off in the long term, it adds, noting investing early can save the system nearly 25 per cent per person in publicly funded services.

Children can start showing symptoms of common mental health problems and illnesses as early as four years old, says the report. Some 1.2 million young people under 19 are living with some form of mental illness, it adds.