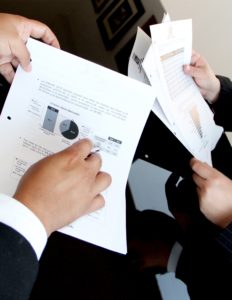 Most of the largest U.S. public universities do not track suicides among their students, despite making investments in prevention at a time of surging demand for mental health services.

Tabulating student suicides comes with its own set of challenges and problems. But without that data, prevention advocates say, schools have no way to measure their success and can overlook trends that could offer insight to help them save lives.

“If you don’t collect the data, you’re doing half the job,” said Gordon Smith, a former U.S. senator from Oregon who became a prevention advocate after his son, Garrett, took his life in 2003 while attending college. “We need information in mental health if we’re actually going to be able to better tailor health and healing.”

The Associated Press asked the 100 largest U.S. public universities for annual suicide statistics and found that 46 currently track suicides, including 27 that have consistently done so since 2007. Of the 54 remaining schools, 43 said they don’t track suicides, nine could provide only limited data and didn’t answer questions about how consistently they tracked suicides, and two didn’t provide statistics.

Schools that don’t track suicides include some of the nation’s largest, including Arizona State University and the University of Wisconsin, which have both dealt with student suicides in the recent past, according to news reports. There were at least two suicides at Arizona State in 2017. Health officials at Wisconsin said they’re finalizing a database to track the causes of student deaths.

“We will create a formal model to accurately document all student deaths at UW-Madison,” Dr. Agustina Marconi, an epidemiologist at the university, said in a statement. “Our findings and the standards we create will benefit other universities moving forward.”

The issue has come to the fore as some schools report today’s students are arriving on campus less prepared for the rigours of college. Many schools have increased spending on mental health services to counter what the American Psychological Association and other groups have called a mental health crisis on campuses.