News - Movember Canada trying to move beyond the moustache

Movember Canada trying to move beyond the moustache 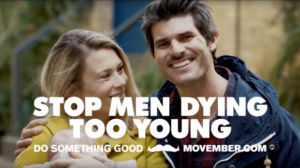 The charity used to be on people’s lips.

Now the fundraiser that prompted thousands of men to grow moustaches for a month has a much lower profile and is trying to shift attention away from facial hair to advancing men’s health research.

At the peak of Movember’s popularity in 2012, it pulled in more than $40 million in donations in Canada to help fight prostate and testicular cancer and people frequently grew moustaches to show that they were part of the fundraising efforts.

“It exploded bigger than we ever thought it could,” said Mitch Hermansen, business development director for Movember Canada.

As Movember marks its 10th anniversary in Canada, donations are down. But Hermansen said the movement for men’s health is still strong with 55,000 Canadians taking part last year, raising more than $15 million.

While the moustache remains a major part of Movember’s brand, Hermansen said the campaign has expanded its focus to include raising money for men’s mental health and suicide prevention.

“People will get bored of the moustache if that’s all your talking about. The good news is that we’ve got a great cause and that’s going to be the sustainable piece when people get on board,” he said.