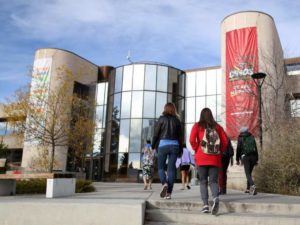 Amid concerns over stress, depression and suicide on campus, the NDP government is pledging nearly $26 million over three years to boost mental-health services for Alberta’s post-secondary students.

The funding, which includes $8.9 million this year, was announced Tuesday at the University of Calgary’s wellness summit.

Advanced Education Minister Marlin Schmidt said the commitment means stable funding that will go directly to all of the province’s post-secondary institutions to either expand existing services or put new programs in place.

“So when students need to go to someone for help, they don’t have to wait,” said Schmidt.

Claire Hickie, a U of C undergrad who has faced depression and anxiety, said it’s important for the government to realize that mental-health services are an essential part of student life.

“During my first two years at university, even as I advocated for an end to the stigma for mental illness, I felt trapped by the mindset that having depression meant that I was weak or I was incompetent or I wasn’t cut out for university,” she said at the announcements.

The allocation for each institution will be announced in the fall.

The funding commitment is a response to both the government’s mental-health review, which called for increased supports on campus when it was released in 2016, and the province’s advisory panel on post-secondary mental health, whose report was released Tuesday.