News - On the hook for $170K: RBC sues student who left med school due to mental illness

On the hook for $170K: RBC sues student who left med school due to mental illness 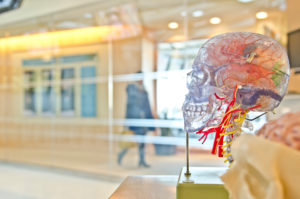 When Bryan Robson was accepted to medical school, he never imagined he’d be diagnosed with a mental illness that would prevent him from becoming a doctor.

Now, he’s being sued by the bank for more than $170,000 for a student line of credit he feels he’ll never be able to repay.

“I guess I just felt trapped or helpless,” Robson said.

Robson, who is from Dauphin, Man., was accepted into medical school at the University of Saskatchewan in 2012 after three years studying sciences.

Getting a student line of credit was an easy choice, Robson said, because he knew he wouldn’t be able to afford tuition and wouldn’t have time to work during the rigorous program. Costs would be about $14,000 a year for tuition plus books, living and other expenses.

Robson went to the RBC in his home town and set about making the investment in his future. He said that, at the time, he felt protected signing the document after a quick explanation about premiums for insurance.

“It’s a fairly hefty commitment, but luckily there is disability insurance and life insurance. But you kind of go into this not knowing the extra risks that medical students face,” he said.