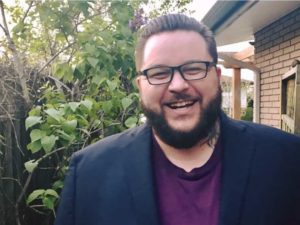 When Leonard Reynen was diagnosed with schizophrenia, at age 18, he thought his life was over.

The Algonquin College public relations student had seen what the mental illness had meant for the lives of his two uncles. One died by suicide, another is in care at the Royal Ottawa.

“I thought I was going to have to reside in a mental health facility or end up dead or homeless.”

But, despite some struggles, that has not been his storyline. And that is one reason the 27-year-old is speaking out about living with schizophrenia: to help dispel the many myths and help others to know they are not alone.

Reynen went through difficult periods starting in his teen years before he was diagnosed with schizophrenia. After a childhood during which he was a star athlete and gifted student, he developed depression and suicidal ideation. To deal with it, he turned to drugs and alcohol “which only made matters worse,” he said in a recent speech at the Mental Health Gala in Ottawa.