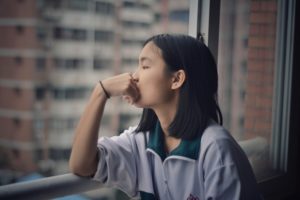 The study, published in Lancet Psychiatry, found that 14-year-olds who had contact with mental health services had a greater decrease in depressive symptoms than those with similar difficulties, but who had no contact, according to researchers at the University of Cambridge.

By the age of 17, the odds of reporting clinical depression were more than seven times higher in individuals without contact than in those who did access mental health services, the study found.

“Mental illness can be a terrible burden on individuals, but our study shows clearly that if we intervene at an early stage, we can see potentially dramatic improvements in adolescents’ symptoms of depression and reduce the risk that they go on to develop severe depressive illness,” said Dr. Sharon Neufeld, first author of the study and a research associate at the university.The study is believed to be the first in adolescents to support the role of contact with mental health services in improving mental health by late adolescence. Previous studies have reported that mental health service use has provided little or no benefit to adolescents, but the Cambridge researchers argue that this may be because the design of those studies did not consider whether service users had a mental disorder or not.