News - The stressful postgraduate environment often leads not to solidarity but to the impoverish... 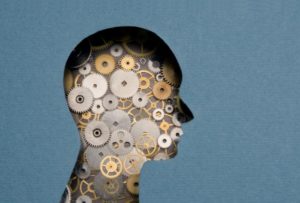 No one likes to talk about mental health in PhD programs, and much less about how the organisational culture in academic departments might affect it.

Some people, however – particularly in northern Europe – have studied this matter in detail. It turns out that “smart people problems”, as I call them, are quite common and perhaps even normal in environments where talented intellectuals congregate.

In fact, some accounts claim that there is a culture of acceptance surrounding mental health issues in academia.

Part of the problem is that both professors and PhD candidates are overworked. The rise of metrics-based accountability in the university has a significant impact on the pace and weight of work.

With academics increasingly expected to maintain a certain output of articles and publications, less emphasis is placed on the things that drive students’ psychosocial well-being, such as the feeling of belonging, support from learning resources, and a clear distinction between work and leisure time.

These are some of the issues highlighted in a Swedish study of 278 PhD candidates at UmeåUniversity. For instance, 60 per cent of the participants believed that conflicts were not handled appropriately in their departments. “The climate here at the department is not exactly such that you can talk about things,” says Marianne, one of the students interviewed in the study.

A further 40 per cent of women and 23 per cent of men confessed to having received “insulting special treatment”. Sanna, another participant, revealed that she was “in a situation where I have a supervisor who has insulted a lot of people [who] I like”. As a result, she says, “I feel very uncertain about where my loyalty should lie.”

This is the sort of environment that leads not to solidarity, but rather to the impoverishment of research.