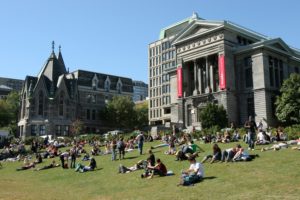 Recently, McGill University adopted its policy against sexual violence. While celebrating this development, I admit that well before this policy was drafted and adopted, I was skeptical about its utility. As a law professor who assesses rules and authority from a feminist critical perspective, I was doubtful about the potential of an institutional policy to address campus sexual violence. To my mind, a policy seemed like a naive and simplistic way of responding to the broad and complex challenge of sexual violence, which is rooted in forces that lie well beyond any single university’s control.

In my current administrative role at McGill, I have the privilege of collaborating with diverse members of our university community, many of whom have felt for some time that every university must have its own formal policy on sexual violence. Through conversation and collaboration with these community members, it became plain that McGill, like all Canadian postsecondary institutions, would benefit from a policy against sexual violence. More specifically, when developed and implemented pursuant to meaningful consultation, such policies can have both symbolic and instrumental value, and this in turn stands to foster campus settings that are safer, more enlightened and more inclusive.

Establishing a policy sends a message that an issue is one of institutional importance. By adopting a sexual violence policy, a university publicly recognizes its role in regard to this issue, which is essential given how sexual violence often plays out on campuses…