U of Guelph holds workshop to review its mental health strategy 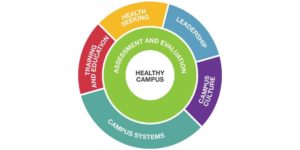 Coming out of a school year that saw four students die by suicide, the University of Guelph is reviewing its mental health strategy.

On Monday, May 15, the school held a day-long workshop event for faculty, staff and students. Around 55 people took part, including members of the mental health advisory committee, student leaders, and representatives from counseling, health and athletics.

In an interview on Thursday, Brenda Whiteside, associate vice president of student affairs, said the retreat was facilitated by a third party, a consulting firm called Overlap. This is the same group that was brought in to hold workshops and a town hall session during the winter semester to hear concerns from students around the mental health support systems at the school.

Whiteside said the gathering on May 15 was to allow the firm to go over its findings, looking at what was heard during the school year and comparing it to the school’s current mental health and wellness framework.

The review of this framework was not brought on by the deaths of four students this past school year, Whiteside said. It was already scheduled to take place. However, following such a terrible year, it seems like this would be an appropriate time to review, she said.

“It’s been a rough year and we need to pause and make sure that we’re not missing something.”

One of the topics discussed at the workshop was the importance of prevention.”We need to be talking health and wellness, not mental health,” Whiteside said. There was a lot of discussion around having a “healthy campus lens” and looking at forms of prevention rather than focusing solely on mental health issues.