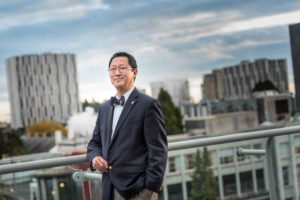 University of British Columbia’s president opened up for the first time Tuesday about his struggle with mental health and how he twice tried to take his own life.

He said he decided to share his own struggle with depression in hopes people who are experiencing mental health issues would feel less alone.

About one in seven young people in B.C. will experience mental health illness at some point, according to the Canadian Mental Health Association, the organization that hosted the conference where Ono was a keynote speaker.

Ono recounted his struggle with mental health issues throughout his youth and young adult life, including his years at the University of Chicago, McGill University, John Hopkins University and Harvard University.

He noted that as someone who is now in a position of relative strength, he wanted to finally speak openly about his past in hopes it could help young people struggling with their mental health now.