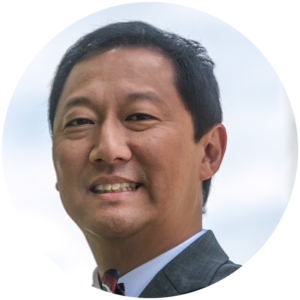 It was during his studies that Professor Santa J. Ono first experienced depression and twice tried to take his own life.

“I studied hard, and I also partied hard,” says Ono of his student experience. “I learned the hard way the importance of balance and support.”

Now 15th President and Vice-Chancellor of the University of British Columbia (UBC), Ono is committed to promoting and safeguarding the well-being of his students and the UBC community.

On April 4 Ono will share his story of resilience at the annual Healthy Minds | Healthy Campuses Summit event, a post-secondary initiative of the Canadian Mental Health Association BC Division (CMHA BC).

“Post-secondary is a period of great change and upheaval, when passing or failing carries serious implications,” says Ono, who knows first-hand the toll it can take without the proper resources in place.

The much anticipated Summit is the cornerstone of Healthy Minds | Healthy Campuses, bringing research and theory into practice to inspire innovation toward systemic, sustainable change in mental health and healthier relationships with substances.

This year’s Summit, Ideas to Action: Strategies for Systemic Change & Measuring Impact, takes place on April 3 and 4 in downtown Vancouver at the Morris J Wosk Centre for Dialogue. This sold-out event includes senior leaders, faculty, counsellors, students, and post-secondary professionals from campuses across Canada, as well as government and community partners.

During his keynote, Ono will also speak to the value of embedding well-being in all aspects of campus culture.