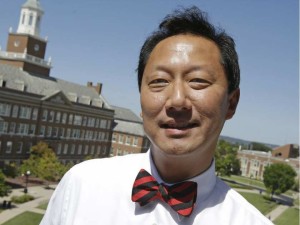 An advocate for mental health, Ono has candidly discussed his own experience with mental illness, generously donated to diverse communities who may be at risk and endorsed campus support structures for students in need.

“Ono is known for being open with his past challenges with depression and suicide, working to break down stigmas about mental illness. In Cincinnati, he recently widened student access to mental health services by offering [every student] five counselling visits at no charge.”

You can find the official UBC announcement here