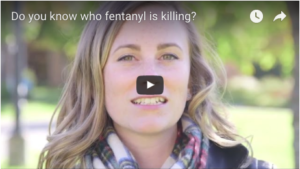 On April 14 last year, British Columbia’s chief health officer declared a public health emergency due to the high number of opioid overdose deaths in the province – and the death toll has continued to rise since then.

In December, Vancouver police reported up to nine opioid overdose deaths in a single night. At a conference on the opioid crisis held in Ottawa in November, Ontario Health Minister Eric Hoskins said that, in his province, opioid overdose is now the third leading cause of accidental deaths, accounting for about 700 deaths a year.

Also attending the Ottawa conference was Aaron Orkin, an emergency physician with Sinai Health System in Toronto and a researcher at the University of Toronto’s Dalla Lana School of Public Health.

Dr. Orkin studies opioid overdose and the distribution of naloxone, a medication that can block the effects of opioids and revive those who have overdosed. “People who are dying from opioid overdoses are not dying alone.

They die in the company of friends and family members, people who care about them,” he told the conference. “This is where the idea for naloxone distribution programs came from.”