News - Universities maneuver through the complexities of cannabis legalization

Universities maneuver through the complexities of cannabis legalization 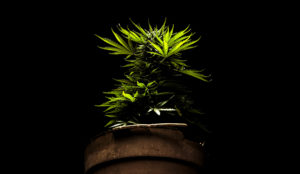 As a new academic year approaches, universities across Canada are struggling to develop policies in response to the legalization of recreational cannabis. Many uncertainties remain, and while universities differ in how they plan to deal with cannabis on campus, they tend to agree on one thing: it’s complicated.

The Trudeau government’s cannabis legalization bill cleared the Senate on June 19, the final hurdle before becoming law, and the legal sale of cannabis will begin October 17.

The Cannabis Act creates a new regulatory framework for the production, distribution, sale and possession of cannabis in Canada, but gives provinces and municipalities authority to enact some of their own guidelines and restrictions.

Universities will therefore face a tiered set of laws that they will have to account for when drafting their own policies.

Quebec lawmakers, for instance, have introduced legislation that would ban the smoking and vaping of cannabis on university campuses, except for research purposes.

Calgary’s city council approved a bylaw that would ban all public cannabis consumption (except for medical purposes), and several provincial governments were also considering such a move.

One of the key challenges is a university’s complex environment, said Kane Kilbey, associate vice-president, human resources, at the University of Victoria. “We’re not a homogeneous organization,” he said, pointing to the wide range of activities and people found on campus, including members of the public and children visiting each day.