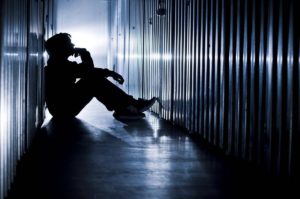 So when she was off her medications due to a miscommunication with her psychiatrist at McGill University in Montreal, Ms. Carleton lost focus. She had two midterms the next day, and was not prepared for them.

Ms. Carleton went to the school’s Counselling and Mental Health Service for help, hoping to see a psychiatrist by the end of the day to obtain prescriptions and an excusal note.

Without a clear intent to injure herself or others, Ms. Carleton’s chances of getting a same-day appointment were low.

By late evening, she decided to visit the student-run peer support centre, where a student helped her draft an e-mail explaining the situation to both professors. Ms. Carleton heard back from one professor before the exam, and was able to get a deferral the next day.

“If I hadn’t been able to talk to the peer support centre, I think that would have ended up being a much bigger crisis than it was in the end,” Ms. Carleton added.

Stories like hers reflect the growing strain on McGill’s mental-health services, which has seen a 35-per-cent increase in students seeking help over the past five years. But this seems to be a common trend among other universities, as well.