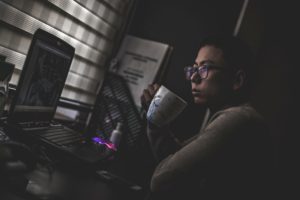 The statement on Monday confirmed the fears of some parents but led critics to warn that it may risk stigmatizing too many young video players.

In its latest revision to an international disease classification manual, the UN health agency said that classifying “gaming disorder” as a separate addiction will help governments, families and health-care workers be more vigilant and prepared to identify the risks.

WHO and other experts were quick to note that cases of the condition are still very rare, with no more than three per cent of all gamers believed to be affected.

Dr. Shekhar Saxena, director of WHO’s department for mental health and substance abuse, said the agency accepted the proposal that gaming disorder should be listed as a new problem based on scientific evidence, in addition to “the need and the demand for treatment in many parts of the world.”

Dr. Joan Harvey, a spokesperson for the British Psychological Society, warned the new designation might cause unnecessary concern among parents.

“People need to understand this doesn’t mean every child who spends hours in their room playing games is an addict, otherwise medics are going to be flooded with requests for help,” she said.

Others welcomed WHO’s new classification, saying it was critical to identify people hooked on video games quickly because they are usually teenagers or young adults who don’t seek help themselves.