News - BC cannabis policies will vary by campus

BC cannabis policies will vary by campus 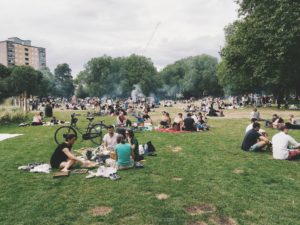 The University of Victoria is expected to create cannabis-friendly smoking areas on campus for adult students and residents that will not be open to minors, said Kane Kilbey, associate vice president of human resources.

“We are focused on those adults living on campus and finding an area near where they live where cannabis can be safely consumed,” he said.

“Our data tell us that 23 per cent of our students have consumed cannabis in the past month, so these behaviours are well-entrenched. The federal government has made it clear that non-medical cannabis will be legal, just like beer and wine, after Oct. 17. So that’s a fundamental consideration [for UVic’s final policy],” he said.

A core part of the UVic’s message to students is about making good lifestyle choices and harm reduction. Cannabis has long been part of that conversation.

“We suspect a few more people may try mixing cannabis and alcohol, so we are enhancing that part of our message,” he said.

While most administrations are working on final policies, Langara College in Vancouver banned pot smoking last spring in response to impending legalization.

Students want the rules governing cannabis use on campus to be as similar as possible to the rules everywhere else, according to a submission to the University of British Columbia’s cannabis policy development committee by Canadian Students for Sensible Drug Policy.