Resource - Stories of change: The value of qualitative evaluation through narrative

Stories of change: The value of qualitative evaluation through narrative

Change Dialogue #2 at SUMMIT 2017: A panel of recent and current post-secondary students weighed in on ways in which campuses have been effective in supporting student mental health and fostering an environment of well-being. Meredith Graham, Child and Youth Care Counselling Student at Douglas College; Ji-Youn Kim, founder of The Tipping Point; and Amika Shah, Vice-Chair of the UBC Mental Health Network, have each made significant contributions to student mental health promotion by giving students a voice.  Despite following different paths, the common thread that emerged between them was the shared conviction that speaking up can effect meaningful—and measurable—change. 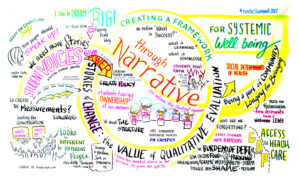