News - Editorial by UBC and U of T

Editorial by UBC and U of T 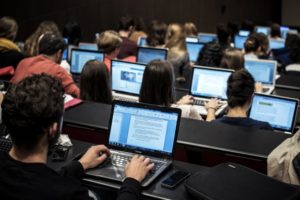 One in five Canadians – regardless of age, ethnicity or income level – will experience a significant mental-health condition at some point in their lives. Many more will be touched by mental illness through its effect on family, friends and co-workers.

Both of us have first-hand experience with the painful toll mental illness can take.

Santa attempted to take his own life twice, once when he was a teenager and again in his 20s. Thankfully, he was fortunate enough to receive the medical and psychological support he needed to recover.

Michael lost his son Cameron to depression and suicide 22 years ago. He remembers the turnout at his son’s funeral was overwhelming, and many of Cameron’s friends said to him, if only we had known he was suffering, we would have done everything we could to help.

This is why we are compelled to speak out against the stigma associated with this disease – a stigma that prevents people from asking for the help they desperately need.

Statistics Canada reports suicide as the ninth leading cause of death in Canada, but in the 1-24 age group, 20 per cent of deaths are attributed to suicide.

As leaders in the university community, we are aware that students at all levels – elementary, high school and post-secondary – are especially vulnerable. Mental health issues affect university students in every year of study, including PhD students, who often feel they cannot open up about their struggles for fear of appearing weak.