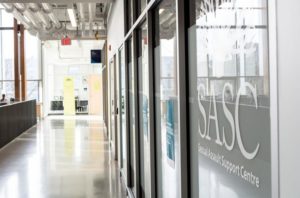 The AMS executive has reversed its decision to cut the Sexual Assault Support Centre’s (SASC) support services three days after it announced the change.

The July 5 town hall meeting scheduled after the initial release is still set to take place according to AMS President Marium Hamid, although a specific time and location have not been set.

In a media release issued this evening, the AMS executive apologized for the impact of its previous decision on survivors and the wider UBC community, before announcing it would be reversed.

Under the initial change, SASC’s support services — along with three out of seven SASC’s staff — would have been terminated at the end of August, while the centre’s outreach and advocacy services would have been maintained. The AMS cited the “increased capacity” of UBC’s Sexual Violence Prevention and Response Office (SVPRO) and the benefits of having “one centralized space” for supporting survivors as its rationale for the decision.

This announcement received immediate and intense pushback from the UBC community, as hundreds of students, staff and faculty vocalized their support for SASC through #ChoicesForSurvivors and #SaveTheSASC. A petition by the Gender, Race, Sexuality, and Social Justice Undergraduate Association (GRSJUA) in support of the centre also received over 2,100 signatures in three days.