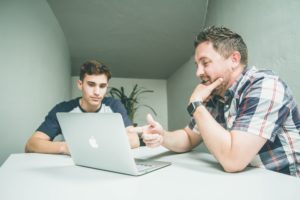 In response to the opioid crisis, many universities across the country are stocking and distributing the opioid-blocking medication naloxone. Use of the medication not only saves lives but also signals a shift from the “zero tolerance” approach to drug use towards an approach that prioritizes harm reduction and emphasizes support, education and prevention.

“There was the old messaging around drugs and the war on drugs. Now we’ve got to talk about safe use of drugs and make people aware that drugs other than marijuana have a higher level of danger attached to them now,” says Paul Dagg, a clinical professor of neuropsychology at the University of British Columbia and program medical director for the mental health and substance use program for B.C.’s Interior Health Authority. Universities, says Dr. Dagg, must think beyond giving people educational competencies and skills, to their role in promoting wellness.

Christine Adam, dean of students at Thompson Rivers University, agrees, saying universities need to ensure that “they are healthy internally and that they are supportive of efforts in the community.” She says TRU started having more rigorous conversations around safe drug use after several members of the Kamloops community died from accidental overdoses.

The University of British Columbia Okanagan chapter of Canadian Students for Sensible Drug Policy, a nationwide student-led organization, is advocating for their university administration to institute a “good Samaritan” policy, which would allow students connected to a drug-related emergency to call for help without the fear of suspension or expulsion.