TRU moves to outlaw cannabis use 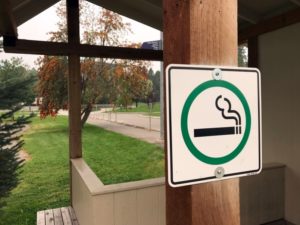 The institution has taken steps to ban cannabis use on campus while declining to take a similar stance on alcohol or tobacco.

TRU spokesperson Darshan Lindsay said the university hopes to have a policy in place before cannabis legalization in October.

She said the school reached out to other universities before crafting its draft policy.

Minutes of a meeting of TRU’s joint health and safety committee from March show a unanimous vote to classify marijuana an “intoxicant” and ban its use on campus.

Lindsay said the school is treating cannabis differently than alcohol because of safeguards that are in place for drinkers.

“Really, the difference is that there are currently, in terms of alcohol, some significant systems in place to control sale and consumption,” she said. “Those systems don’t exist for cannabis. It is a new area.”

But, according to the proposed policy, those events could be in for some changes, as well.