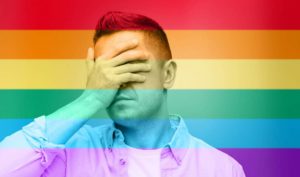 While LGBT people are at heightened risk for mental health issues compared to heterosexual counterparts, there has been a historical lack of data and LGBT–specific services in this area of concern.

However, the Still Here Project, which is part of the Men’s Health Research program at the UBC School of Nursing, is a visual art and research initiative designed to shatter taboos around and address neglected or overlooked areas of queer mental health, including depression and suicide.

According to a study led by UBC researcher and Still Here Project director Olivier Ferlatte published in the Journal of Homosexuality in September, suicide attempts reported by gay and bisexual respondents were four times more than the rate for Canadian men.

To help address the lack of research in this area, the Still Here Project launched the national Still Here Survey—Sondage Toujours là to gather information from queer Canadians about their experiences.

Any Canadians who are 17 years of age or older and who identify as lesbian, gay, bisexual, transgender, two-spirit, or queer are able to participate. Every participant will be entered into a draw to win a $300 giftcard to Amazon.

The results of the survey will be used to advocate for more mental-health services for LGBT people in Canada.

To participate in the survey, which takes approximately 25 minutes to complete, visit the Still Here Survey—Sondage Toujours là  website. The survey will close on January 31. Preliminary results will available at the Still Here website next summer.